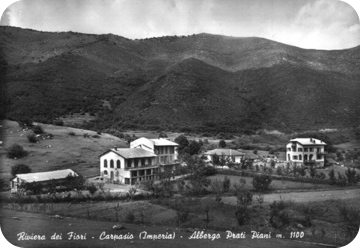 The Agnesi family was the founder of the Agnesi pasta factories in Imperia. To this day, Agnesi is one of the major Italian pasta brand. The Agnesi family was particularly successful because they also had a share in the shipping industry, as a result of which American corn could be shipped to Italy relatively easily. In the 1930s the Agnesi family was responsible for the food supply of a number of army battalions. In exchange for food, they were allowed to use the soldiers’ manpower. These soldiers built the Prati Piani estate.n 1935 the road from Carpasio to San Bernardo di Conio was constructed. After that the Casa Cantoniera (the house of the road workers) was built and then the Villa, the fattoria and the stables. A church was also planned but regretfully never came to fruition.

All the buildings are built from 60-cm natural stone that was cut out of the mountain opposite the Villa. The reason for this location was probably the abundance of water from the spring beyond the stables. The fattoria was built to feed the family in the Villa. There were cows, sheep, goats, pigs, goose, chicken, rabbits, bees and about four hectares of arable land.

Around 1948 one member of the family opened an Albergo restaurant in Prati Piani. This restaurant in particular was widely renowned.

The Albergo had 20 rooms, five of which were luxurious rooms in the Villa and the remaining 15 rooms were in the fattoria. The Casa Cantoniera accommodated the staff. During your stay in Prati Piani, the locals will tell you how deliciously they used to eat at Prati Piani.
As an albergo, Prati Piani housed many distinguished guests. For example, Prati Piani has frequently been the winter training camp of Inter Milan footballclub and rumour has it that Winston Churchill regularly stayed in Prati Piani. 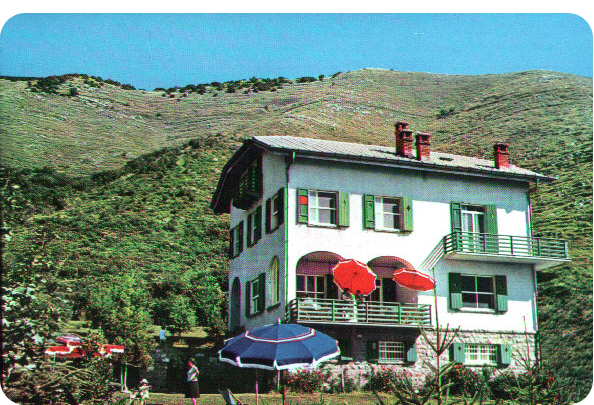 Closure and start up

In 1995 Prati Piani was closed. The rooms, particularly in the fattoria, no longer met with modern dwelling requirements. In 2001 Prati Piani was purchased with a view to let for holidays or as a conference centre for business. All renovations were completed early 2006